Who Will Remember Afghanistan? 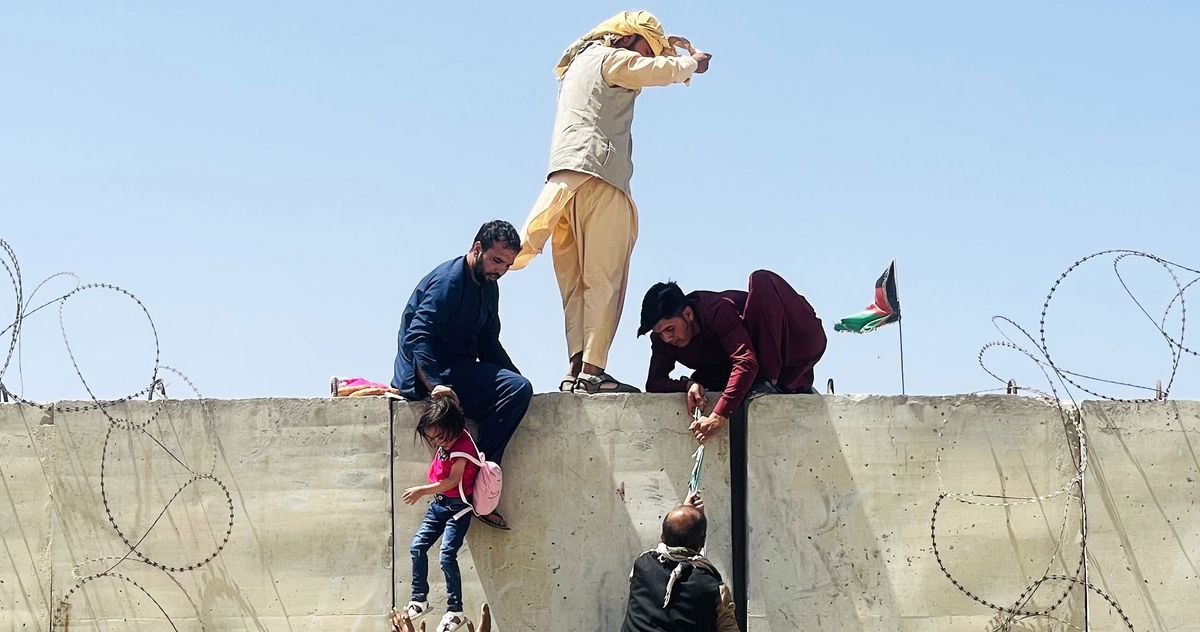 The bitch of it is, I’d finally managed to do it. Forget about Afghanistan, I mean. I spent 16 months, from 2006 to 2007, roaming around the boonies of eastern Afghanistan with my infantry platoon, the Bandits. My battalion, 2-87 Infantry (Catamounts!) 3d Brigade, 10th Mountain Division, served the longest deployment of conventional forces during the global war on terror. The job, boiled down, was simple: Spend enough time outside the wire, far enough away from the Forward Operating Base where we got our mail and resupply, that pissed-off Afghans shot at us. Then we could kill them.

I redeployed to Fort Drum, New York, in the spring of 2007. A couple months before, First Sergeant noticed I could read and write good, so he made me a corporal. In New York, I pushed papers and made sure everyone got their travel pay. As I settled into my workspace, I taped a cover from The Onion Magazine to the whitewashed cinder-block wall in front of my computer.

The headline, “Is it Time To Forget About Afghanistan?,” appeared above a photograph of a young woman holding a toddler in front of a bombed-out compound. The joke, such as it was, was that no one in America had remembered Afghanistan in the first place. But for me, sitting at the computer, processing everyone’s travel vouchers and leave forms, forgetting sounded like an impossible task, like forgetting about oxygen.

So I leaned into remembering. I transferred to an even cushier office job in coastal Virginia, at the Training and Doctrine Command. I’d do my job during the day, and at night it was difficult to sleep without nightmares, so I’d drink and eat Adderall prescribed by the Army. In my barracks room on Freedom’s Fortress, I would remember Afghanistan and type those memories into my computer.

For a while, that helped put those memories in their place — in the past. This last month, as my television, phone, and computer piped in pictures of the rise of the Taliban and the fall of the Afghan government that I supported and fought for, I’ve started to remember again. So, too, have my friends. We all have our stories.

We’d been here since September sleeping in the main street or the district center, “denying Taliban freedom of movement.” How did we get here? Short version: Lara Logan interviewed Taliban in this part of Ghazni, Bush saw it, shit rolled downhill to us, and thus began Operation Mountain Fury.

The hot chow being trucked in from Forward Operating Base Sharana was one way to break up the monotony of walking around dirt fields, small compounds, and abandoned Soviet subdivisions looking for trouble. We’d been there long enough to get shot at, mortared, rocketed, blown up, and hit with a suicide bomber. We’d been there long enough that it had started to get boring.

I had the uncanny ability not to bitch when they left me in the Humvee for 12- or 14-hour shifts. I could read, or watch movies, or jack off. Everyone else would be on some sort of work detail filling sandbags or stringing wire, and I’d be in la-la land reading Tim O’Brien, thinking how much cooler the war in Vietnam was than the war in Afghanistan.

With the exception of the guards in the towers and on the wall, I was the only person awake, munching on my rat-fucked MREs and savoring a couple of well-hidden Cokes I’d stashed away.

An argument broke out between the Afghan National Police, who shared the district center with us. Rapid-fire, angry words in Dari. I saw a couple of the ANP scuffling with each other. I crushed one Coke can and popped the tab on another.

I wasn’t concerned. Seemed the local allies always bitched at each other. A Cherry — soldier slang for a new, replacement joe, fresh to the fight — was up to take a shit. I called him over to the truck.

“Yo, dude, go wake up the lieutenant. Tell him to come over here.”

“Okay, roger that, Private First Class.” Corporal had been getting on his ass lately, because he was new and Corporal felt he wasn’t showing the proper amount of respect to those who’d been here for nearly a year.

LT came out of the tent in flip-flops and a T-shirt, with a snookie cap pulled down low over his eyes. He shook sleep off his shoulders.

The author with his Afghan interpreter, Sakhi.
Photo: Matt Farwell

The shouting was getting louder. Maybe this wouldn’t be a typical Afghan-on-Afghan fight. Then I heard it; the clack-clack of an AK-47’s charging handle, chambering a round. I opened the Humvee’s door and looked at the ANP. They had been yelling. Now, they were posturing with weapons. In an instant, the two ANP were joined by about a dozen others, Sharks and Jets getting ready for a West Side rumble. RPGs hung loosely in some hands, while the rest of them had AK-47s.

“Wally — call this shit back up to Headquarters. Pecker — get the fucking platoon up,” he ordered.

The Cherry walked off to wake up the “terp”: Sakhi, our interpreter. Sakhi stayed in the room with the TV, falling asleep to Bollywood movies. Sakhi emerged a minute later with drowsy eyes. They widened as he saw the full-on potential for bloodshed.

He looked at me and shouted, “Hey man, fuck this, I go get body armor and be right back, okay?” He dashed back to his room.

They sorted that shit out with no casualties that day. A few years ago we got Sakhi and his brothers and their wives and children out of Afghanistan. I started the process in 2014; it was a bitch, but we made it happen. They’re Texans now.

The other day, I text Sakhi’s brother, Nabi.

Matt: Sending love to all my bros down there, I’m sorry my country fucked this up so badly.

Nabi: They are taking all the country.

Matt: And fast! It hit me the most when they took Ghazni.

Matt: Like it got real there, because we spent so much fucking time in Ghazni.

Nabi: Ghazni is now with Taliban.

Matt: Tell your brothers hi and that I love them.

Nabi: We love you too bro I know it is very sad what is happening in Afghanistan.

As I’m writing this on Sunday, a friend comes over to smoke a joint and tell me and my wife about her ketamine treatments for major depression. I realize later that Afghanistan falls at roughly the same time my friend is telling me about the first treatment, where it seemed she fell into the center of the world.

When she leaves, with a ramen noodle box full of garden vegetables and homemade pickles, I check my phone. A buddy who was in Marine Force Recon texted me one word: “Fuck.”

Fuck is a very versatile word.

Afghanistan, for example, was a clusterfuck.

“Wait, what have I missed?” I text back. I hate asking others to back-brief me; I prefer to find out myself. I check CNN’s website. They’d taken the flag down at the embassy.

You never really forget. The odd nightmare or daytime postwar mental film reel still make an appearance. Forgetting means only remembering a few times a day, not thumbing through old photographs and constantly checking the news.

After a hell of a time with PTSI, the kind that involved arrests, psych hospitalizations, alcohol abuse, attempted suicide, and a whole host of risky, death-seeking behaviors, I’d largely righted my personal ship over the past five years. I’d stopped drinking. I’d stopped getting arrested. I’d stopped smoking. I’d written a book. I’d grown closer with my family. I was no longer hurting those around me. I’d gotten married, confident that I could be a good husband, a good stepfather. I walked my dogs and tended my veggie patch and rubbed my wife’s back at night.

I no longer sent old war pictures back and forth to my now-civilian Army buddies. Instead, we sent each other videos of our gardens, snapshots of our families, book or movie recommendations, absurd memes. According to one study, there are nearly 3 million people who’ve served in Afghanistan or Iraq over the past 20 years. That means there are millions of similar stories in America to mine, some better, some worse.

This morning, I put the flag of Afghanistan out to fly from my house next to the American flag. I’m not sure when I’ll take it down. Maybe it’ll fly until I let myself forget what a waste it all was. Maybe, at my house, it’ll fly forever.

Daily news about the politics, business, and technology shaping our world.


By submitting your email, you agree to our Terms and Privacy Notice and to receive email correspondence from us.